With Ofgem’s announcement to lift the energy price cap, Minister for Social Justice Jane Hutt has hit out at the inaction of the UK Government and their failure to support the most vulnerable with the cost-of-living crisis.

“We’re in the midst of a crisis. Hundreds and thousands of families right across Wales and the wider UK are facing the biggest fall in living standards since records began. The projections for those who will be plunged into poverty are unforgiving and all the while we are faced with the unacceptable three-pronged chaos of a failing UK government, a cruel price cap increase and the record profits of oil and gas giants.

“While oil and gas giants bathe in record profits from shaking down customers and revelling in government support packages, the UK Government fails to even acknowledge an emergency budget is necessary.

“People across Wales need support now. We need an emergency budget, we need to freeze gas and electricity prices immediately and we need to tax the oil and gas giants making record profits.”

Outlining the package of support delivered by the Welsh Government, the Minister stated:

“Since November 2021, the Welsh Government has used all available financial levers to deliver a number of support packages to support households across Wales deal with the crisis.

“We first announced our Household Support Fund which included, among other support, a £200 cash payment for families on low incomes to help with energy bills.

“Again, the Welsh Government stepped up to support families following Ofgem’s announcement at the beginning of the year to increase the domestic energy cap with an unprecedented £330million cost-of-living support package.

“This package of support delivered a £150 payment to households with their council tax, £25million for a discretionary fund aimed at supporting struggling households and £21million to extend free school meals during 2022.

“I’m proud that we are now able to provide a further £90million to run another Welsh Government Fuel Support Scheme in 2022-23, this scheme will launch on 26 September and we’ve extended the eligibility to support more households with vital support.

“We have delivered this package of support from our own budget, this is on top of the announcements from the UK Government, but Ofgem’s decision today, demonstrates the real need for further targeted support immediately, we know what we have provided is not enough.”

Reiterating the call to deliver a package of support for the most vulnerable, the Minister stated:

“Welsh Government Ministers have consistently called on Westminster to take several measures that will help support people during this crisis. We’ve called for the introduction of a lower price cap for low-income households, we called for a significant increase in the rebate through schemes such as the Warm Homes Discount, to restore the £20 uplift in Universal credit and uprate benefit payments for 2022-23 to match inflation rather than using the September 2021 CPI figure of 3.1%.

“Our actions go some way to addressing the serious problems the most vulnerable in our society are facing, but unfortunately, these calls have fallen on deaf ears.

“The continued inaction by Westminster carries the real risk of consigning the people of the UK to a decade of poverty. This cannot be allowed to happen.”

Since November 2021, we have announced £380m funding to help Welsh households manage the cost-of-living crisis. A full list of Welsh Government support is below:

A new package of support 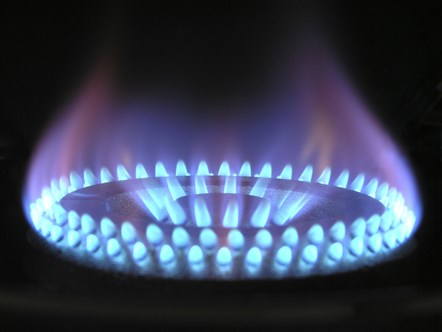