Ministers outline the aims for Wales to become an Anti-Racist Nation.

Drawing on Black, Asian and Minority Ethnic communities’ experiences of racism, and race inequality, the Plan sets out a series of actions from across Government to make a real difference to the lives of people. The actions are focused on the next two years, set against the vision of a Wales which is anti-racist in 2030.

The Plan adopts an anti-racist approach which means looking at the ways in which racism is built into our policies, formal and informal rules and regulations, and the way Government works. It focuses on the ways in which racism affects the lives of ethnic minority people, such as their experience of racism in everyday life, service delivery, as part of the workforce and the lack of visible role models in positions of power.

The Goals and Actions in the plan cover policy areas across government, including, health, culture, homes and places, employability and skills, education as well as a focus on leadership and representation within the Welsh Government and across public services.

Tackling racism is part of the Co-operation Agreement between the Welsh Government and Plaid Cymru.

“The Anti-Racist Wales Action Plan for Wales is built on the values of Anti-racism, and calls for actions to be taken in terms of our policies and ways of working rather than putting the burden on ethnic minority people to act

The Plan has been co-created with Black, Asian and Minority Ethnic people, drawing from their lived experience and developed in collaboration with a wide range of communities and organisations across all parts of Wales and informed by evidence.

We know we need to ensure the voice and lived experiences of Black, Asian and Ethnic Minority people need to be not just heard, but acted upon.

We’re determined to ensure that this isn’t just an exercise in saying the right things, this Plan is a call to action, a plan to truly deliver for people from ethnic minorities. That’s why we have specific goals, aims and objectives, ranging from internal Welsh Government practises, to our ambitious policy changes across Departments too.”

“The actions set out in the Plan will help promote a fairer employment market, a fairer education and training system, an equalising of racial opportunities and outcomes in health and other social services, and active citizenship.”

“I am committed to building an anti-racist education system, and work is already underway to develop a national approach to anti-racist professional learning right across the system. This is a key priority.

“We will also be strengthening the collection of data on reporting of racist incidents and harassment in schools and colleges, including how they were dealt with, action taken in response and whether the incident was resolved successfully for the victim. This will help us better understand and reflect the experiences of our Black, Asian and Minority Ethnic learners in our work.”

“One of the actions to combat this is the creation of The Maternity and Neonatal Safety Support Programme, which will develop interventions co-designed and developed with Black, Asian and Minority Ethnic people and stakeholders.

“The Programme will detail and implement specific changes to maternity services that will improve outcomes and experiences of Black, Asian and Minority Ethnic women and families.”

“The work to deliver the goals and actions for Culture, Heritage and Sport has already begun across culture, heritage and sport organisations.”

“This will be supported by £4.25 million in funding over the next three years through the launch of an innovative grant scheme which will cover our sponsored bodies, a competitive grant scheme across our sectors and a ring-fenced fund specifically for grassroots organisations.”

“Working at a national, local and grassroots level, we aim to deliver meaningful change for Black, Asian and Minority Ethnic people across Wales.”

“We are determined to deliver for all with this plan, it is not just warm words, it outlines clear and pointed action to deliver our vision of an Anti-Racist Wales.”

The vision at the heart of this plan, to deliver an anti-racist nation sends an important signal across Government, across the public sector and across society that Wales will not tolerate structural and institutionalised racism."

“We commit our leadership and our resources, and our influence to deliver this vision.”

We know that this is just the start of what will be a long process, and that we need our communities’ help in creating the Anti-racist Wales we all want to live, and thrive in. If we get this right, we will create a society where everyone is valued for who they are and the contribution they make.” 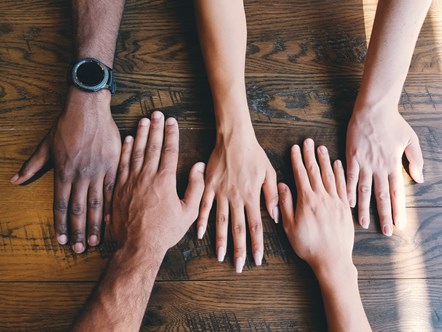