Young people and foreign citizens are interested in voting in local government elections in Wales, and are more interested than some groups of adults who are already enfranchised, new research published today shows.

The research on renewing democratic engagement was commissioned by the Welsh Government to inform work in taking forward the implementation of changes and proposed changes to who can vote in Senedd Cymru and local council elections in Wales.

The Welsh Government, through its Local Government and Elections (Wales) Bill, is extending the right to vote at local elections to 16 and 17 year olds and all foreign citizens legally resident in Wales.

Those groups will also have the right to vote in Senedd elections from 2021, under the Senedd and Elections (Wales) Act 2020.

The research will be used by the Welsh Government to inform strategies for engaging with newly enfranchised groups of voters – and those who tend to be politically disengaged – about their democratic rights and promote voter participation.

To begin addressing the issues identified, the Welsh Government has committed £800,000 to support new and existing voters in understanding their democratic rights and engaging with the democratic processes.

This work will include developing resources for use with young people in schools, and outside of the school setting; and a specific communication campaign to encourage newly enfranchised voters to register and take part in the 2021 Senedd and the 2022 local government elections.

“The Welsh Government is committed to doing everything it can to encourage people in Wales to play a full and active role in our democracy.

“The findings of this research will inform our on-going work to ensure people of all ages and backgrounds feel part of Welsh society.

“We want to ensure people understand how and want to take part in our democracy by for example, voting, standing as an elected representative, starting a petition or being a community representative.”

The research is available here:  https://gov.wales/renewing-democratic-engagement-exploratory-research

Beaufort Research was commissioned to carry out in-depth qualitative research with members of the public to:

The research was carried out between July and November 2019 in Aberystwyth, Ammanford, Caernarfon, Cardiff, Newtown, Swansea, Torfaen, Welshpool and Wrexham. 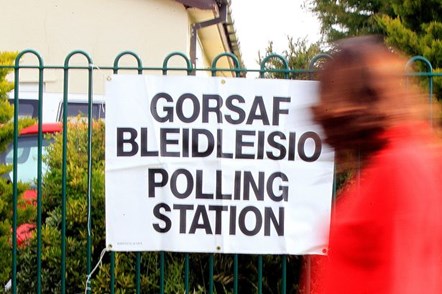