Children at Durand Primary School, in Caldicot, were excited to tell the Deputy Minister for Climate Change, with a responsibility for transport, Lee Waters, how the new 20mph speed limit in their town has given them more freedom to walk, cycle or scoot to school, when he visited their school earlier today.

Caldicot, in Monmouthshire, was one of the communities chosen to take part in phase one of the programme to lower the default national speed limit on residential roads and busy pedestrian streets from 30mph to 20mph. The rest of Wales will follow in its footsteps from September 2023 after the new legislation – a UK first - was given the green light in Senedd earlier this summer.

Since the new 20mph speed limit has been in place, the charity Living Streets has been working closely with the school to better understand people’s travel behaviours and attitudes. Part of this work involved access to the Welsh Government funded WOW tracker scheme - which encourages families and children to reduce car journeys and increase walking rates. In just six months the school has already seen a significant increase in the number of pupils travelling to school sustainably - from 48% to 69% - with pupils and parents explaining that thanks to the reduced speed limit they now ‘feel safer to walk to school’, ‘find it easier to cross the road’ and the overall experience is ‘more pleasant, calmer and quieter’.

Speaking at the Walk to School Month event, Deputy Minister for Climate Change, with a responsibility for transport, Lee Waters said:

“I am delighted to see that so many families are embracing this move and now feel safe enough to leave their car at home and complete their school journey on foot.

“The evidence is clear, decreasing speeds not only reduces collisions and saves lives, but helps improve people’s quality of life - making our streets and communities a safer and more welcoming place for cyclists and pedestrians, whilst helping reduce our environmental impact.”

“We are delighted to be playing such a prominent role in this exciting and very important initiative.

“Since we have introduced the Living Streets ‘WOW’ travel tracker initiative back in January, we have seen a significant number of our pupils choosing to actively travel to school rather than come by car. The ‘WOW’ tracker has also provided a fantastic opportunity for the children to talk about their journey to school and encourage their friends and family to make more sustainable travel choices.

“The introduction on the new reduced speed limit in in our community has also meant that our pupils now feel safer when walking to school.”

“Pupils, families, and school staff have really embraced walking to school and are enjoying the benefits of being active thanks to safer streets in the area.

“When we walk more and drive less, we see many improvements to our health and the air quality around us – and introducing 20mph as the default speed on our residential roads will improve the places where we live, work and go to school."

On his visit to the Caldicot primary school the Deputy Minister was also keen to share with pupils the news that the Welsh Government, in conjunction with Road Safety Wales, are launching a national competition inviting young people to design a road sign to support the new 20mph default speed limit. The closing date for this competition is Friday 20th January 2023.

Caldicot is one of eight communities that have been involved in phase one of the 20mph rollout which began in June 2021. Other communities include:

Currently, just 2.5% of Welsh roads have a speed limit of 20mph, but from September 2023 this is expected to increase to approximately 35%, helping to create safer roads and communities across Wales.

The Welsh Government is drawing lessons from the eight first phase settlements to revise the criteria and guidance that they have provided to local authorities, so that they can engage with their local communities on whether some roads should remain at 30mph. Individual local authorities make any ‘exception’ decisions.

Working with the local community, Monmouthshire council have made pragmatic decisions that reflect lessons learned from the first phase of the rollout.

The Welsh Government and Road Safety Wales are inviting young people to take part in an exciting new national competition to design a road sign to support the new speed limit. Participants are being asked to use their artistic skills to design a sign which could be seen across Wales. Judges will then select a winning design to be used by Highway Authorities around schools to remind drivers of the importance of driving within the 20mph speed limit.

Living Streets Cymru is part of the UK charity for everyday walking. Their mission is to achieve a better walking environment and to inspire people of all generations to enjoy the benefits of walking.

WOW is Living Streets’ year-round walk to school challenge. It is a pupil-led initiative where children self-report how they get to school every day using the interactive WOW Travel Tracker. Pupils who walk, wheel, cycle, or scoot at least once a week for a month are rewarded with a badge. The flagship behaviour change scheme has amazing results – reducing car journeys and increasing walking rates. The programme is available in English and Welsh.

The WOW scheme is now operating in 64 schools across Wales, in these schools the number of school pupils using active travel to get to school has increased on average from 55% to 72%. 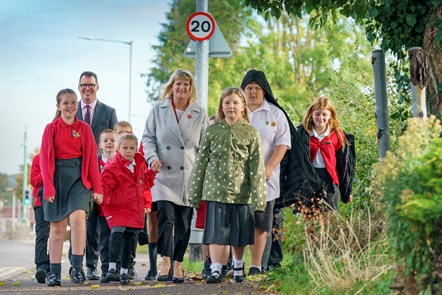 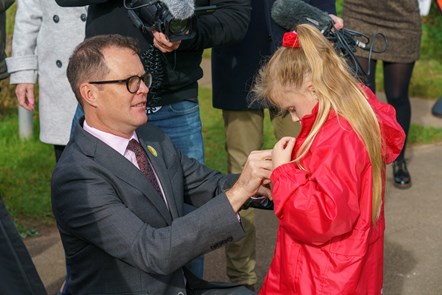 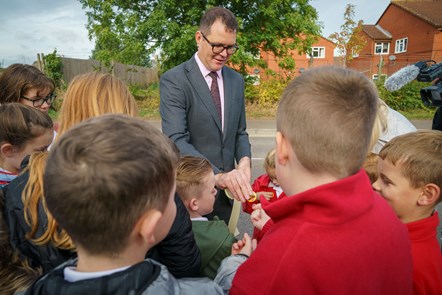 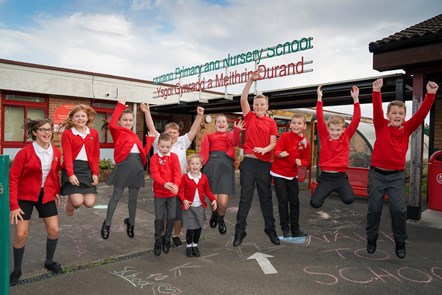 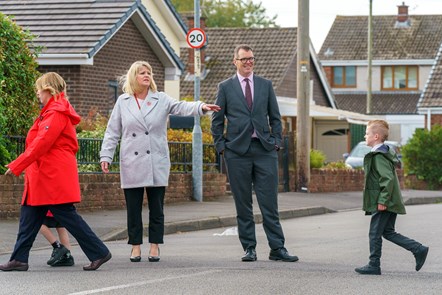 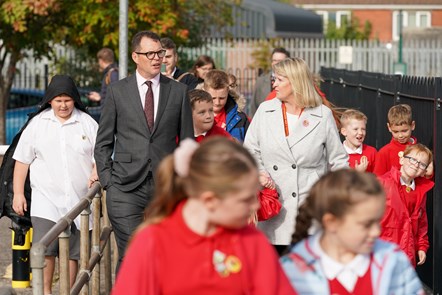 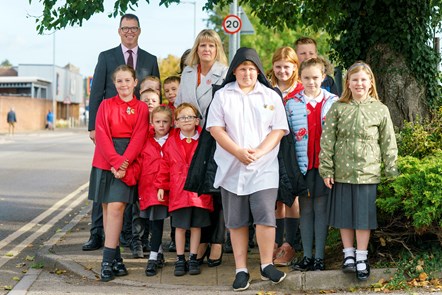 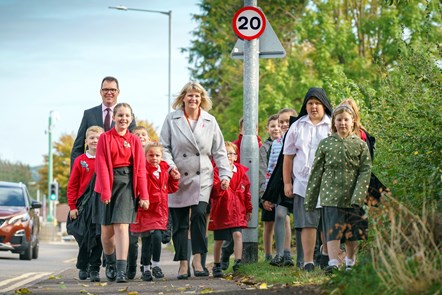 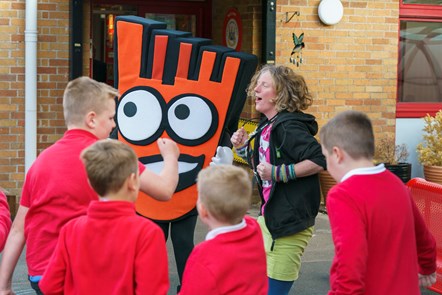