The Minister for Climate Change, Julie James, has today announced a state-owned energy developer in response to energy insecurity, the cost-of-living crisis and the increasing threats posed by the climate and nature emergencies.

Speaking in the Senedd this afternoon, the Minister said energy profits created in Wales will deliver greater benefit for people in Wales.

Surplus funds generated through the new developer will go back into the public purse to be reinvested in improving energy efficiency in homes in Wales and creating good quality, home grown, clean energy jobs.

Delivering on aims to have more than one gigawatt of locally-owned generation by 2030, the new state-owned energy developer will scale up renewable energy rollout, initially through the development of onshore wind projects on the Welsh Government woodland estate.

Like elsewhere in the UK, some renewable energy projects on the Welsh Government woodland estate have been developed by state-owned energy developers, meaning profits go back to their respective countries.

“We want to harvest our wind and use it to produce power that directly benefits people in Wales.

“We will set up a publicly-owned renewable energy developer. This is a long-term sustainable investment that puts net zero and the communities of Wales at the heart of the transition we need.

“We are in a climate emergency and our approach is in stark contrast to the UK Government that is focusing on fracking and fossil fuels – opposed by most communities and incompatible with our international obligations.”

With soaring living costs and an ongoing lack of certainty around energy supply, the Minister said the current UK market was “bad for bill payers”.

The focus of Wales’ energy policy is securing a reliable and diverse energy mix that delivers local benefit.

“This is an historic moment for Wales. The cost-of-living crisis is directly related to the major increase in the cost of energy, which strengthens the need for an approach that returns more to the people of Wales.

“If other countries are anything to go by, then we should expect considerable returns from our investment and – as we share the ambitions of these other nations – we have a genuine opportunity to produce an income that will really help us to deliver here.

“We are taking positive action to ensure we deliver on our net zero commitments in ways that benefit our communities.”

The Welsh Government has been encouraging renewable development on the woodland estate since 2005, which has seen Natural Resources Wales oversee the installation of four projects totalling 441 MW of onshore wind, with a further 134MW still in development.

A video of the Minister delivering her statement in the Senedd can be downloaded here. 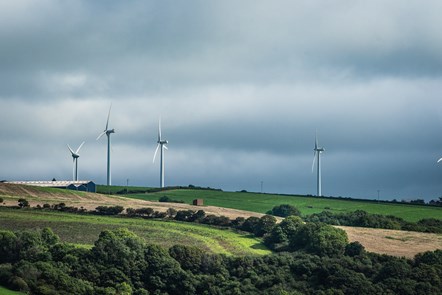