Over 1,800 learners will take part in the trial, benefitting from five hours of extra activity per week over a ten week period.

The trial, which follows a government commitment to explore reform of the school day, is focused on supporting disadvantaged pupils and schools particularly affected during the pandemic. The plans draw on international models and proposals made by the Education Policy Institute.

Teachers have decided how and what is delivered in each of the thirteen schools and one college during the trial period, working with external partners or adapting existing activities such as after school clubs.

One of the schools involved in the trial is Abertillery Learning Community who will be providing after-school provision for an hour a day as part of the trial, including additional sporting activities such as Mixed Martial Arts.

“We know from research that young people can gain in confidence and well-being from this approach, especially disadvantaged learners.

“Programmes which provide enriching and stimulating additional sessions and support learners to re-engage with learning can have a greater impact on attainment than those that are solely academic in focus.

“The trial is a great opportunity to gather further evidence on how we use and structure time at school and how that might evolve in the future. We will be learning how these additional sessions might improve well-being, academic progression and increased social and cultural capital.

"As we move forward, we will continue to support schools with even stronger community engagement so that we deliver on our mission to tackle the impact of poverty on educational attainment and achieve high standards for all.”

Which schools will be taking part in the trial?

We have worked closely with local authorities to identify 13 primary and secondary schools, and one college to take part in the trial: 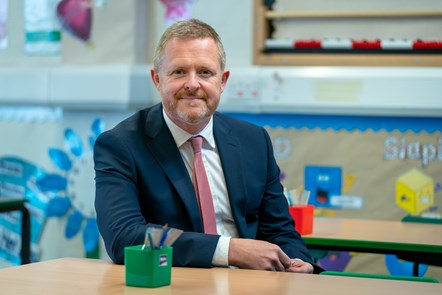 Jeremy Miles - Minister for Education and Welsh Language - May 2021 portrait