This is sexual abuse

A new campaign has launched today, during Sexual Violence Awareness week, which aims to end the silence around sexual abuse.

The ‘This is Sexual Abuse’ campaign helps people to recognise the signs of sexual abuse and empowers them to seek help.

‘This is Sexual Abuse’ is part of the Welsh Government’s long-standing commitment to ending domestic violence in Wales.

The Violence against Women, Domestic Abuse and Sexual Violence (Wales) Act came into force in 2015 and an information and advice service, Live Fear Free, offers support 24/7 via a helpline and live web chat.

Survivors helped develop the campaign and real experiences have been recreated for digital and radio adverts being aired from today. The adverts use the real voice of one of the Live Fear Free helplines’ advisers.

The powerful stories aim to help people identify behaviours they may have experienced and know that support is available right across Wales.

The Crime Survey for England and Wales stats show unwanted touching was the most common type of sexual assault experienced in the last year for both men and women.

Rape accounted for around one in three sexual offences recorded by Police.

Today also marks International Day of Zero Tolerance for Female Genital Mutilation, a type of sexual violence which involves the altering or injuring the female genitalia.

Illegal in the UK, FGM is recognised internationally as a violation of human rights and a practice which the UN is aiming to eliminate by 2030.

At the launch event, the audience will hear from survivors, who will speak about their own experiences.

The Welsh Government has committed £5.25million to tackle violence against women, domestic abuse and sexual violence for 2020-2021. In 2019-20, £120,000 was provided for specialist sexual violence organisations to reduce waiting lists for counselling.

Deputy Minister and Chief Whip Jane Hutt said, “We are striving to make Wales that is the safest place in Europe for a woman.

“Our ground-breaking communication campaigns, ‘Don’t be a bystander’ and ‘This is not love. This is control’ have increased awareness that abuse does not always involve physical violence. We know many more victims have received help as a result of these campaigns and I am confident ‘This is Sexual Abuse’ will continue this trend and support many more victims to get the support they need.”

Yasmin Khan, the Welsh Government’s National Adviser on violence against women and domestic abuse said: “Sexual violence goes far beyond individual survivors, it impacts on the people closest to them and has devastating consequences upon communities and wider society.

“Sexual violence is complex and exists in all areas amongst all communities across Wales, we need to ensure wherever and however victims seek help, support can be provided for them and their families.”

Today’s campaign launched in partnership with New Pathways, Wales’ largest counselling and advocacy service for women, men, children and young people who have been affected by rape or sexual abuse.

New Pathways are urging people to sign-up to their pledge to ‘speak out to end the silence around sexual violence’ – whether they’ve experienced it themselves or know of it within their families, communities, institutions or online.

Jackie Stamp, Chief Executive Officer of New Pathways said: “Last year, New Pathways supported more than 6,000 people in Wales affected by rape and sexual abuse. But we know this is just the tip of the iceberg; the vast majority of people never tell anyone what has happened to them and continue to suffer in silence.  Consequently, they do not get the help they so desperately need.

“We need to learn the lessons of the past.  We need to create a society where people do not feel ashamed; a society in which they have the confidence to speak out without fear of being judged or not believed.

“Our message today is simple and clear, sexual violence is pervasive; but it does not have to be this way if we all come together and speak out. Our Call to Action is aimed at everyone in society, because sexual violence is an issue that affects all parts of society, and only by working together can we do something about it.”

If you’ve experienced sexual violence or any kind of abuse, call the free and confidential Live Fear Free helpline on 0808 8010 800 or visit livefearfree.gov.wales to message an adviser 24 hours a day, 7 days a week. 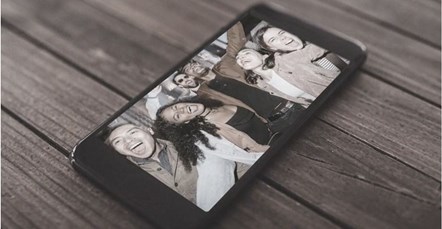