The Oyster House, Mumbles has opened its doors in time for half-term, after receiving loan funding of £2m from the Wales Tourism Investment Fund. The 16-bedroom boutique-style hotel and restaurant has created 29 full-time equivalent jobs.

Developer James Morse said: “Having developed phase one at Oysterwharf and seeing the number of visitors it attracted, I realised an upmarket boutique hotel was needed in Mumbles. The hotel and restaurant, which are operated by City Pub Group, provides individual designer-style rooms with sea and village views and luxury fittings and equipment.”

In Swansea city centre, Llyr Roberts saw a gap in the market for a city centre hostel and opened the Cwtsh Hostel in November 2021. It has recently received a five-star hostel grading from Visit Wales, making it the only five-star hostel in South Wales. The hostel was supported through the EU-funded Micro and Small Business Fund.

It caters for backpackers, explorers, families, schools and freelancers and has pod and private accommodation, electric bike hire and offers guests and visitors introductory Welsh classes. Mr Roberts said he sees the project as an opportunity to grow and diversify the visitor market in the area. He said: “Cwtsh Hostel wants to make Swansea a destination and attract people from all over the world to the area. Money from the Welsh Government has made the dream of opening a City Centre Hostel a reality while creating 7 jobs in the process. Backpackers and tourists on a budget now have a home in Swansea and I'm sure they will promote Swansea to people all over the world.”

Economy Minister Vaughan Gething, who visited both businesses, said: “I’m delighted we’ve been able to support these two very different accommodation businesses in Swansea – both delivering very high-quality products and expanding on what the area has to offer, as well as creating jobs and supporting the local economy.

“It’s been an incredibly difficult couple of years for the visitor economy. However, the outlook for the summer looks much brighter and research shows there is higher confidence levels in the sector and the public anticipates taking more overnight trips in the next 12 months than in the previous 12 months.

“I wish these two businesses every success for the future.” 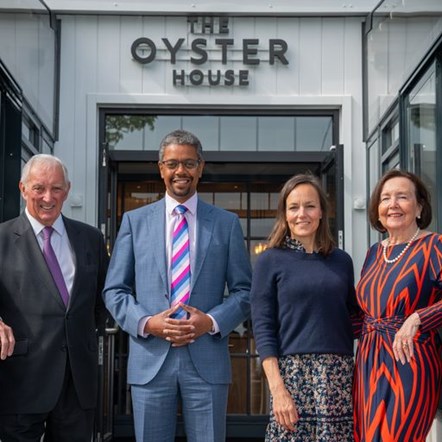