The Welsh Government has today launched a consultation on new guidance which will help public bodies better represent modern Wales through public commemorations.

The guidance fulfils a commitment in the Programme for Government to address fully the recommendations of ‘The Slave Trade and the British Empire: An Audit of Commemoration in Wales’, which was first published in November 2020, and re-issued with amendments a year later.

The guidance also directly supports one of the goals of the Welsh Government’s Anti-racist Wales Action Plan, ‘to work with public bodies to fully recognise their responsibility…for setting the right historic narrative, promoting and delivering a balanced, authentic and decolonised account of the past’.

“Public commemoration is central to the way in which we represent our history, promote our values and celebrate our communities. But it can sometimes be controversial and will always be an issue of considerable public interest.

“This guidance is intended to help public bodies make good decisions that manage the risks of controversy, that take opportunities to create a more informed relationship with our history, and that genuinely celebrate the diversity of our communities.”

The guidance sets out best practice for decision-making, and is not mandatory. Its focus is on how to make good decisions rather than on what decisions to make and is in two parts:

These four steps are:

“The commemorations we have inherited don’t necessarily reflect our values. But they may still be able to earn their place if we use them actively to learn about how earlier generations viewed the world; to reflect on the different way we view the world today; and to provoke thought rather than division.

“And just as we have inherited these legacies that tell us something about the values of the past, so we should consider bequeathing something to future generations that presents what we value as we strive to achieve a more equal Wales.”

The recent re-interpretations of Thomas Picton, through information panels adjacent to the monument in Carmarthen, and through the re-framing of his portrait in Amgueddfa Cymru are recent examples of this work.

“The Reframing Picton project is a result of a positive working relationship between Amgueddfa Cymru and the Sub Sahara Advisory Panel’s Youth Leadership Network and the Amgueddfa Cymru Producers. It highlights the importance and the positive outcomes that result from working together and listening to one another.

“As Wales’ national museum, we have a duty to represent history as accurately as we can, to present a balanced perspective on the past, and to review our understanding when different facts and viewpoints are brought to our attention.

“In the case of the portrait of Thomas Picton, achieving that balanced perspective means listening carefully to the voices of Black and minoritised communities who are often excluded.

“Amgueddfa Cymru recognises that museums, their collections and cultures, are often rooted in colonialism and racism.  Reframing Picton is just one aspect of Amgueddfa Cymru’s work to ensure that the national collections are more inclusive and represent the varied and rich narratives of Welsh society.”

The guidance assumes that decisions should be made locally, grounded in inclusive practices that encourage public bodies to listen and respond to the full diversity of our communities.

Development of the guidance fully informed by a series of workshops attended by a broad spectrum of stakeholders with relevant lived experience.

The consultation can be found here 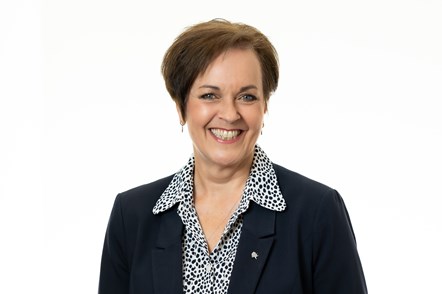