Enhancing the biodiversity of a former spoil heap, creating a nature park and upcycling unwanted bikes are some of the projects set to benefit from more than £700,000 of Welsh Government funding.

Enhancing the biodiversity of a former spoil heap, creating a nature park and upcycling unwanted bikes are some of the projects set to benefit from more than £700,000 of Welsh Government funding.

A total of 16 projects across Wales have been chosen in the third round of funding under the Landfill Disposals Tax Community Scheme (LDTCS).

The scheme, which is managed by Wales Council for Voluntary Action (WCVA), provides funding for local projects valued between £5,000 and £50,000.

The scheme was established to support local community and environmental projects in areas affected by disposals to landfill, offsetting some of the negative effects of living near a landfill site. It is funded by the Welsh Landfill Disposals Tax (LDT), which replaced UK Landfill Tax in April 2018.

LDT is a tax on the disposal of waste to landfill and is charged by weight.

Successful projects focusing on enhancing the environment, biodiversity, wildlife, waste minimisation and reuse will receive funding of up to £50,000 each.

Projects set to benefit include:

“The successful projects gaining funding will benefit communities across Wales.

“They will not only boost biodiversity, well-being and enhance the local environment, but also help local groups explore their outdoor surroundings and reduce waste that would otherwise go to landfill.”

“I am pleased to see that the Landfill Disposals Tax is supporting yet more fantastic projects. The benefits of this scheme will be felt for generations to come and I would encourage those who are eligible to apply for funding before the next round closes later this month.”

“Projects awarded in 2018-19 have already achieved huge environmental contributions across Wales. We are excited to see what the community led action enabled from this latest round of awards will achieve and the environmental positivity brought about by these grants”

Successful projects gaining funding in the third round of the scheme include: 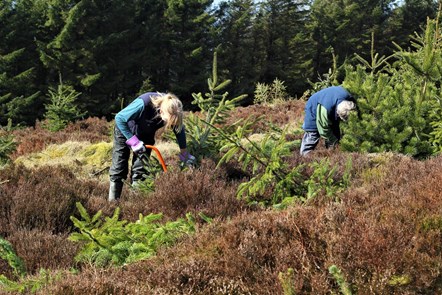