The new initiative will see us pay a small deposit when we buy a drink in a single use container, which we get back when we return the bottle or can.

Wales is working with England and Northern Ireland to set up a joint scheme, meaning you can buy a drink in Barry and return it in Bristol or Belfast.

Scotland is setting up its own scheme, which starts later this year.

The announcement follows recent legislation to ban a number of single use plastics.

Climate Change Minister Julie James said: “This is another step forward in moving Wales to a more circular economy where less waste is generated, and resources are reused and recycled rather than ending up in landfill.

“Consultation has shown huge public support for the scheme’s introduction, and we know people in Wales want to play their part in improving our already world-leading recycling rates.

“Wales is the third best country in the world for recycling, but we know we can and need to go further in tackling the waste that affects our cities and towns and blights our countryside and reducing our emissions.”

Every year UK consumers go through an estimated 14 billion plastic drinks bottles and nine billion drinks cans, many of which are littered or condemned to landfill.

The materials captured in the deposit return scheme in Wales will be drinks containers made from polyethylene terephthalate (PET) plastic, steel, glass, and aluminium.

Regulations made using powers in the UK Environment Act 2021 will be used to establish the DRSs in England, Wales and Northern Ireland.

The UK Government for England, the Welsh Government and the Department of Agriculture, Environment and Rural Affairs in Northern Ireland have worked collaboratively on the consultation response and scheme design and are committed to working together across these three nations to deliver a DRS.

Glass drinks bottles will not be captured by DRS in England and Northern Ireland. 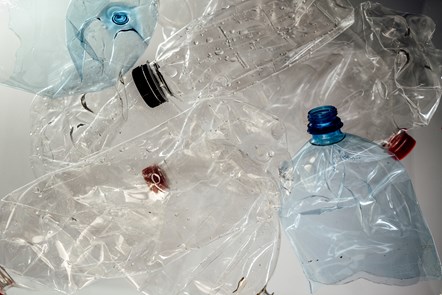