The Minister provided a number of key updates which included progress on the Welsh Government’s Developers Pact – a pledge designed for companies to confirm their intention to address fire safety issues in buildings of 11 metres and over in height that they have developed over the last 30 years.

The Minister confirmed major developers have signed up to the pact and, in some cases, remediation work has started.

The Minister said: “I have always made it clear that I do not expect leaseholders to bear the cost of repairing fire safety issues that are not of their making and that I expect developers to step up to their responsibilities.

“I am very pleased that following our roundtable meeting in July a number of major developers have acknowledged their responsibility by signing up to the Welsh Government’s Developers Pact.

“I met with these developers yesterday to confirm next steps, and their plans and timescales for remediation.

“I wish to commend them for their engagement to date and look forward to a productive relationship in the future.

“In some cases, developers have started their remediation works, and are making the repairs necessary and I look forward to this work continuing at pace.”

The Minister also provided key updates on vital survey work carried out through the Welsh Building Safety Fund, reforming the current legislative system, the Leaseholder Support Scheme and on reimbursing those who have already paid for survey work.

The Minister added: “I have been made aware that in a number of cases, survey work was undertaken prior to the launch of the Welsh Building Safety Fund, funded by residents, building owners or managing agents.

“Where this has happened, and subject to certain eligibility criteria being met, I can confirm that surveys costs will be reimbursed by Welsh Government.

“While it is right that developers take responsibility for defects that they are accountable, building owners and Managing Agents also have accountabilities when it comes to ensuring the safety of buildings and it is important that effective maintenance programmes are in place.

“I would encourage all residents to assure themselves that maintenance on their buildings is being carried out in accordance with their lease agreements.”

The written statement will be here: Announcements | GOV.WALES 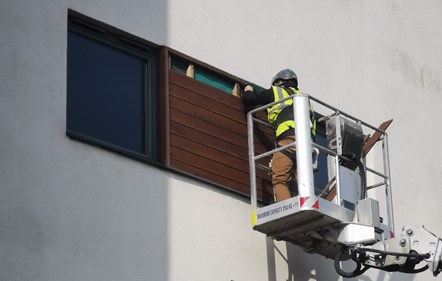