Everyone living or working in Merthyr Tydfil will be offered COVID-19 testing, whether they have symptoms or not - as part of the first mass testing of a whole area in Wales.

Everyone living or working in Merthyr Tydfil will be offered COVID-19 testing, whether they have symptoms or not -  as part of the first mass testing of a whole area in Wales.

All residents and workers will be offered repeat COVID-19 testing from this Saturday (21st November) to help find more positive cases and break the chains of transmission.

The move will be delivered through a partnership between the Welsh Government, UK Government, Merthyr Tydfil County Borough Council, Cwm Taf Morgannwg Health Board and the Ministry of Defence, with logistical support from Armed Forces personnel.

The first site will open at Merthyr Tydfil leisure centre on Saturday 21st November with further sites due to open throughout the county borough later this month. Thousands of lateral flow tests will be available for residents and workers of Merthyr and citizens can find out how to access these tests by visiting www.merthyr.gov.uk/covidtesting

The mass testing programme will also see the use of Lateral Flow Devices (LFDs) in Wales for the first time. Everyone who attends any of the asymptomatic test sites in Merthyr Tydfil will be given a test using the devices, which can turnaround results within around 20-30 minutes.

If an individual tests positive via a LFD test, they will be asked to return home so they can self-isolate immediately.

Building on the learnings from the first mass testing pilot in Liverpool, the whole town pilot in Merthyr will provide vital information to help inform further roll-out of mass testing technology in future.

We will be closely monitoring the number of positive results to help us better understand the spread of the virus which will in turn inform actions to prevent further transmission.

“This is the first time we have rolled out mass testing of symptomatic and asymptomatic people in Wales. It will give us an even greater understanding of prevalence within the community and how many people have Covid.

“We have chosen Merthyr as it has a high prevalence and this mass testing will also help to slow down the spread of the virus in the area.

“The introduction of the rapid testing Lateral Flow Devices is a boost to our Test, Trace, Protect strategy and will speed up the process hugely. This is vital technology which I hope will play an important role in our fight against this deadly virus.”

"We’ve all been alarmed by the high number of cases in Merthyr Tydfil and action is needed to respond as a community to protect our residents.

“Testing is important even if you don’t have symptoms.  We learned this week that in Liverpool, where a Covid-19 testing trial has been carried out, 700 people were found to have unknowingly had the virus - these were cases that would not have been detected otherwise.

“The Council will be throwing its support behind this significant undertaking in the coming weeks and encouraging as many of our residents as possible to play their part in trying to bring this virus under some sort of control.”

“By testing more people, including those without symptoms, we are able to find more positive cases of the virus and break chains of transmission. Building on the learnings from the first whole city testing pilot in Liverpool and using the latest rapid tests, this pilot in Merthyr will provide vital understanding of how we can further roll-out mass testing, as well as suppressing the virus and peace of mind for residents of Merthyr.

“I want to thank the Merthyr Tydfil Borough Council, Welsh Government and the armed forces for their work in making this pilot possible and bringing a test to everyone who needs one.

“I urge everyone in Merthyr to play their part in bringing this virus under control by getting a test, and by following restrictions in place.”

“Our next whole-town testing pilot on Merthyr is an exciting step forward in rolling out mass testing across the UK. Rapid lateral flow tests will deliver results quickly, and testing those without symptoms means we will identify more positive cases of the virus.

“NHS Test and Trace will continue to support and work closely with the Welsh Government and local leaders to launch and evaluate the pilot. By coming forward, getting a test and isolating if told to, residents in Merthyr will play a huge role in stopping the spread of the virus.” 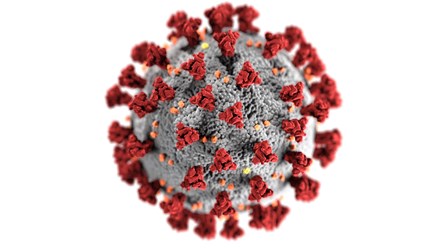