The Association was established in 2001 and includes representatives of some of the leading wind power companies in Japan.

Minister for North Wales Lesley Griffiths said: “I’m pleased the Welsh Government has supported the visit from the Japanese Wind Power Association.  We have seen exciting developments come to fruition here in North Wales including M-Sparc and AMRC Cymru which provide a base for companies to explore the latest technologies.

“North Wales in particular is well-placed to lead the way in low-carbon energy generation and useful relationships will be formed for the future through this visit.  I am delighted they also had the opportunity to taste and drink our local produce, including a visit to Penderyn Whisky Distillery.”

Economy Minister Vaughan Gething said: “There are close links between North Wales and Japan.  We know, for example, of a particularly close relationship with the town of Conwy with the first and only twinning between two Unesco World Heritage sites – Himeji Castle in Hyogo and Conwy Castle, which they visited during their tour as well as hearing about the culture and the language.

“The visit from the delegation gives the opportunity to further strengthen that relationship and learn from each other in the field of low-carbon energy generation. We hope we can share our learning with them as Wales hosted the first offshore wind projects in the UK. I would like to thank all those involved in this visit for their time and efforts in supporting this tour and we look forward to hosting further delegates from Japan over the following months.”

The General Manger of Japan Wind Power Association (JWPA), Yoshinori Ueda, said “We came to Wales to have a greater understanding of the offshore wind industry, as the first offshore wind projects took place off the coast of North Wales. We had the opportunity to learn and see these projects as well as learning about future opportunities in Wales.

“The offshore wind industry is in its infancy in Japan and we have a great interest in developing our partnership with Wales in this sector and low carbon, building on the strong relationship we have already established.  This was the first trip to Wales for the most of Japanese Wind Power Association members. Over our three days here in North Wales we have heard from the manufacturing industry, from developers and from port owners and we will now take this information back with us to digest. We look forward to working with Wales again.” 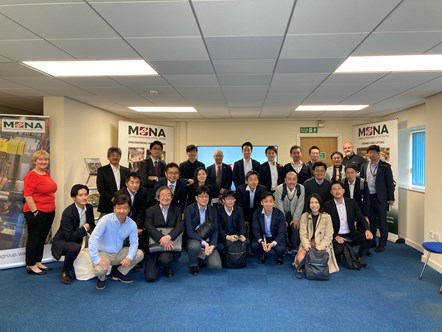 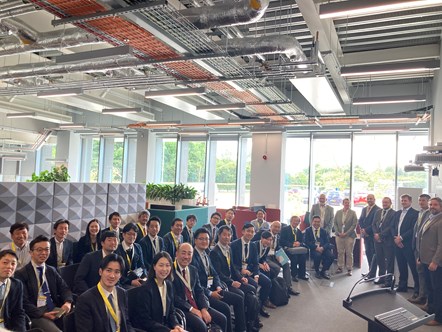