The future potential of the former power station at Trawsfynydd in Gwynedd will be unlocked and strengthened by the establishment of a site Development Company, Minister for Economy and North Wales Ken Skates announced today.

The Development Company - to be known as Cwmni Egino - will help exploit the economic benefits of small modular reactors and associated technologies on site, including the potential for a medical research reactor, to provide a secure and sustainable supply of medical radioisotopes for Wales, the UK and Europe.

The exploitation of this technology would not only bring direct economic benefits to the Trawsfynydd area but also to the wider region - supporting the case for the thermo-hydraulic testing facility at M-SParc on Anglesey and generating work for the AMRC Cymru facility on Deeside.

The Welsh Government is now pressing ahead with plans to establish Cwmni Egino to play a key role in bringing these developments to Trawsfynydd.

Ken Skates said: “There is no doubt that there is huge potential for the development of small modular reactor technologies at Trawsfynydd. To be able to maximise and deliver this we are establishing Cwmni Egino to pursue this to the full, ensuring this great potential is unlocked.

“There is expertise and skill in the nuclear field in North Wales, with AMRC Cymru and developments at Bangor University, as well as the sites at both Trawsfynydd and Wylfa.  I want to ensure that we make the most of this and are at the forefront of new developments.

“While we had disappointing news on Wylfa Newydd a fortnight ago, the fact remains that it is one of the best sites in the UK for a new nuclear development.

Tim Stone, Chair of the Nuclear Industry Association added “The creation of a Development organisation to maximise the future opportunities from the site at Trawsfynydd is a wonderful step on which the Minister and the Welsh Government should be congratulated.  It represents a proactive response from a government which recognises that government's responsibilities include ensuring that nationally significant infrastructure is provided in plenty of time to support national economic competitiveness and prosperity”.

Dr John Idris Jones, Chair of the Snowdonia Enterprise Zone which includes the Trawsfynydd site added “The creation of Cwmni Egino is great news for the Enterprise Zone. It opens up the opportunity for developing the site at Trawsfynydd for low carbon energy development to the long term benefit of the local community and the wider regional economy”.

Leader of Gwynedd Council, Councillor Dyfrig Siencyn said: “We are delighted that the Welsh Government is creating this development company – we have worked for many years to support efforts to bring new developments to this key site in order to create high value jobs in the county in the longer term.

“In the light of the devastating effect that the Covid-19 pandemic has had on our economy, quality jobs are likely to be more critical than ever in sustaining our communities. We hope that the establishment of this company will allow the future development of the site to be positively progressed.”

Further details on Cwmni Egino will be available in due course. 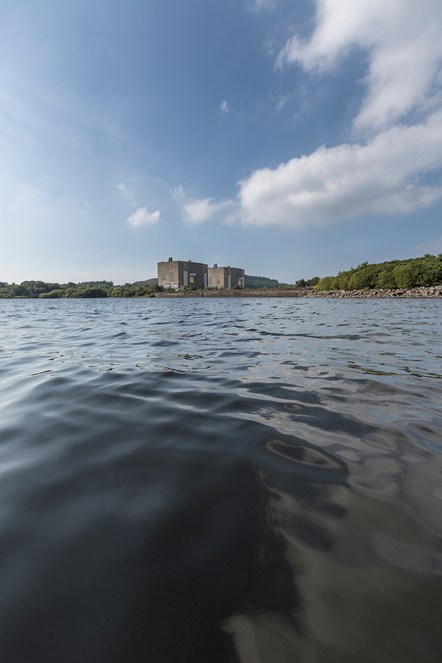